A MASTERPIECE IN EUSTON PARK: COSTANZA IS EUROPEAN CHAMPION

There is another date to be written in gold letters on the Italia Endurance Stables & Academy and Fuxiateam calendar. It is August 17, 2019, an unforgettable day thanks to Costanza Laliscia who, riding Sacha El Kandhaar – a 13-year-old gray F3 Stables gelding – won the Meydan FEI European Endurance Championship at Euston Park. 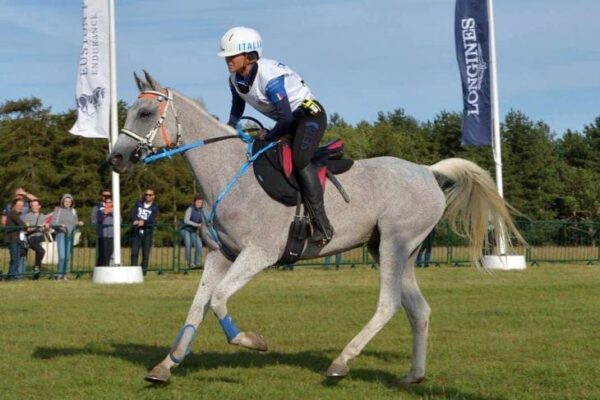 The umpteenth confirmation of the great qualities of Costanza came at the end of a very difficult ride, managed with great concentration by the staff of the Fuxiateam, for the occasion lined up with the colors of the Italian national team. The one that took place in Suffolk County, in one of the endurance world capitals, was a technical and tactical masterpiece: technical thanks to Costanza’s ability to interpret Sacha El Kandhaar, managing its great resources in the best possible way; tactical by virtue of the choices in the ride, especially on the last loop when the 19 year old Amazon from Perugia and the F3 Stables gelding produced themselves in the decisive extension that prevented the Spanish Paula Muntala Sanchez, riding T’Aime de Coeur , to return to play for first place. Gold medal that went instead to Costanza, which brings the European title back to Italy after 18 years and ennobles in the best way the witness passed by his father Gianluca, world team champion in Dubai in 2005. 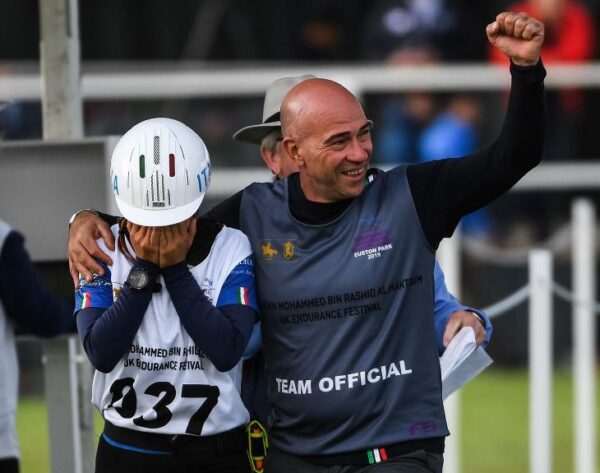 At the finish line in Euston Park, where at the starts there were 63 pairs representing 20 Countries, Costanza and Sacha El Kandhaar closed alone, with a 45 “margin on Muntala Sanchez and 28’32” on her compatriot Jaume Punti Dachs, 2016 world champion, competing with Echo Falls. The team trial was won by Spain , which preceded France and Germany.

“It is impossible to describe the joy I am feeling – Constanza commented – because it is an immense joy to win such a victory by confronting the strongest and most experienced Europeans. Nothing would have been possible, however, without an extraordinary horse like Sacha El Kandhaar that from the first to the last kilometer has shown that it wants this gold medal as much as I do. My thanks therefore goes to F3 Stables, Fuxiateam and the Italian national team for the support they gave us ”. Pride and maximum satisfaction also from the president of Italian Equestrian Federation, Marco Di Paola, who personally congratulated Costanza, protagonist of a victory destined to remain in the annals of the Federation.

The euphoria for the victory unfortunately had to coexist with the bitter taste left by the sensational final elimination of Carolina Tavassoli Asli, who in the saddle of Sequinte (F3 Stables) had hit an equally exciting third place at the end of an exciting ride always leading the way: after being weighed five times already, the Amazon of the Fuxiateam was summoned by the judges for the sixth check, according to which the regulatory weight of 75 kilos lacked just over 300 grams. An authentic joke, which deprived Carolina of a more than deserved bronze medal and the Italian national team bronze. The appeal presented by Fise has not been accepted from the Appeal Committe.