Costanza Laliscia on the highest step of the podium in Poland

Fuxiateam protagonist not only in Italy but also internationally: in fact, the victory of Costanza is in the archive, who on the saddle of Xique Xique Heb last Friday climbed to the top step of the podium of the CEI 3 * of 160 kilometres scheduled in Kliczkow , in southwestern Poland, in the heart of the Lower Silesian forest.

Race of excellent technical depth, the one in which the European champion became the protagonist, able to manage the 11-year-old Brazilian chestnut in the best possible way from the very first kilometres, which in the long run fully confirmed its skills allowing Costanza to interpret in the delicate final phase of the race was also the best possible way. The duo Fuxiateam crossed the finish line at an average of 17.9 km / h, putting the classic icing on the cake in the leading race played by the 21-year-old rider from Perugia in the presence of pairs from 12 nations.

Monica Pinto Lima Graziano on PROEZA DO BOM VIVER, trainer of both her horse and Xique Xique Heb, to whom all the fuxiatem extends a big thank you.

For Costanza, the one conquered in Kliczkow is the third victory of the season, which in addition to the first place reaches the qualification of another horse, in addition to Assim du Barthas, in view of the European Championships scheduled for 11 September in Ermelo, in the Netherlands.

“We are returning from Poland with many certainties – comments Costanza – especially as regards the work carried out in anticipation of the commitments scheduled for this second half of the year. Then running in a scenario like the forest that surrounds the fantastic Kliczkow castle was that literally exhilarating. Beyond the normal technical difficulties of the race, the real problem was perhaps avoiding getting distracted in admiring the beauty of the nature that surrounded us. Jokes aside, Xique Xique Heb was really up to the situation as well as the assistance team who for all 160 kilometres was by our side supporting us at the best”. 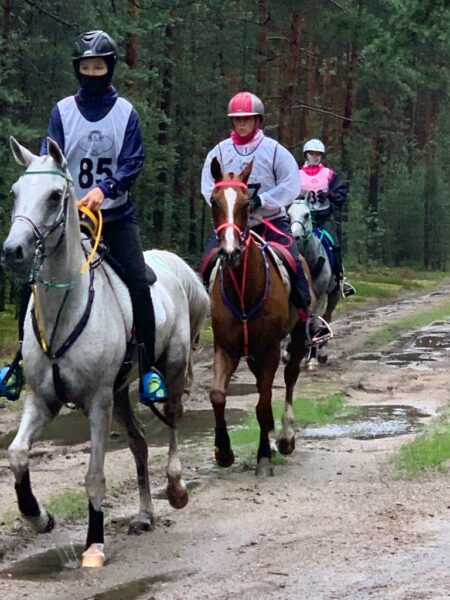