Medals for Athletic value from CONI to Costanza and Carolina

2020, a year to be forgotten in many ways, makes a last gift to Costanza and Carolina.
A new and well-deserved recognition of the competitive results obtained in 2019 and of a work so dedicated and passionate to sport arrived in fact in recent days by CONI which awarded our Champion Costanza Laliscia the Silver Medal for athletic value, and our Top Rider Carolina Tavassoli Asli the Bronze Medal for athletic value, some of the highest awards provided by the Italian National Olympic Committee.
The President of CONI, Giovanni Malagò, communicated the news to Costanza, the most victorious rider in the history of Italian endurance,  through a letter that reads: “CONI is deeply grateful for your generous dedication to the activity and wishes you to be able to achieve further goals and satisfactions “. 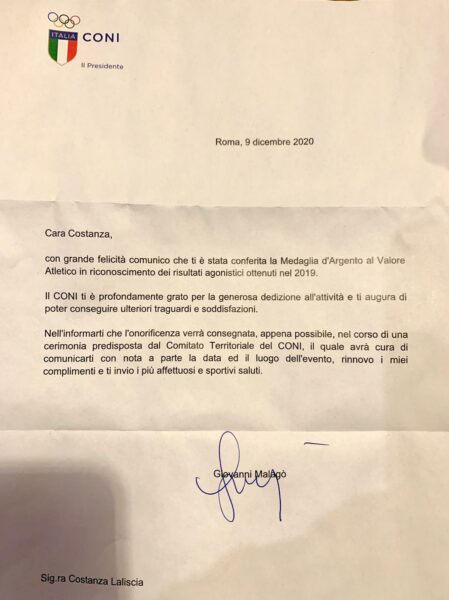 A similar congratulation letter arrived a few days after also to the Top Rider Carolina Tavassoli Asli annoucing the Bronze Medal to the Athletic Value. 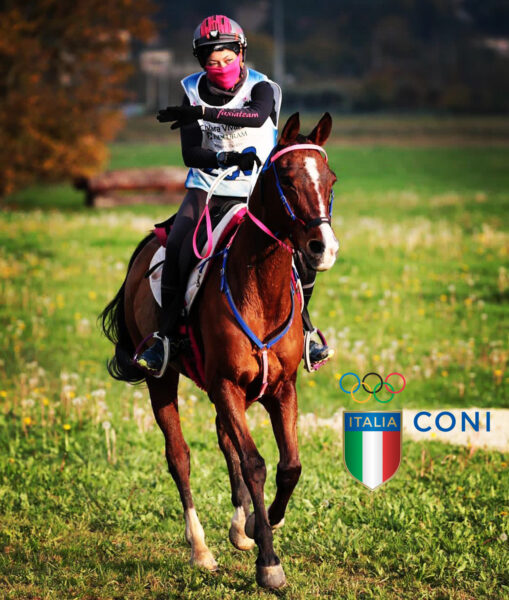 Italia Endurance Stables & Academy is proud of Costanza and Carolina. There is pride also to see in them the realization of a project launched over 20 years ago, a project that despite the difficulties of the pandemic, has further developed through specific programs offered by the Academy, like the riding school in personal coaching – personally cured by Costanza – that is going to receive huge interest and success.

This year is about to end with a very rich press review that from the major headings as Corriere dello Sport to SKY TG 24 has enhanced the skill of our Champion Costanza.

Go to the our Press Review